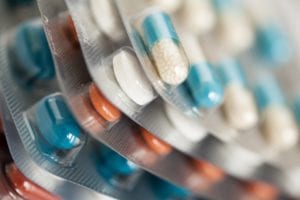 Since penicillin ushered in the era of modern medicine in the early 20th century, antibiotics have been one of the cornerstones of human health care. Antibiotics haven’t just cured us of day-to-day infections; they’ve changed the way we live, ensuring that almost everyone in the developed world can run, laugh, and play with the assurance they won’t die from a minor cut or injury.

Now, however, the overuse of these drugs has started to come back to haunt us as bacteria continue to develop resistance to our arsenal of antibiotics. Although scientists and health officials have been aware of the problem of antibiotic resistance among bacteria for almost as long as antibiotics have been around, new reports continue to paint a dire picture in the fight against antibiotic-resistant bacteria.

According to the Center for Disease Dynamics, Economics & Policy (CDDEP) in their report “The State of the World’s Antibiotics 2015,” “evidence from around the world indicates an overall decline in the total stock of antibiotic effectiveness: resistance to all first-line and last-resort antibiotics is rising.” The CDDEP also cites chilling statistics from the Centers for Disease Control and Prevention (CDC) to drive home its point: antibiotic resistance leads to more than 2 million infections and 23,000 deaths each year in the United States, with direct losses of $20 billion and additional productivity losses of $35 billion resulting. (To help put a loss of $55 billion in perspective, the total discretionary budget of the U.S. Department of Education in 2014 was $67 billion.)

The CDDEP also delved into the reasons behind the rise of antibiotic resistance and found that two trends are driving overconsumption of antibiotics. First, rising global incomes have increased access to antibiotics around the world, which has both saved lives and increased the scale of antibiotic misuse and overuse. Second, the increased demand for animal protein has led to increased antibiotic use for agricultural applications; large-scale farms use antibiotics to raise more (and larger) animals quickly to try and meet demand.

Antibiotic resistance is a natural consequence of antibiotic use and of adaptation. Resistance happens when antibiotics kill off the bacteria most vulnerable to them but leave those that survive to reproduce and pass along the traits that helped them weather the attack. This means that we can’t ever completely dodge the problem of antibiotic resistance, but the rate at which this problem is escalating is a direct result of our own bad habits when it comes to antibiotic overuse and misuse.

According to the CDC, “up to 50% of the time, antibiotics are not optimally prescribed, often done so when not needed, [and with] incorrect dosing or duration.” Additionally, the CDC states that for some disease-causing bacteria like Salmonella and Campylobacter, “it is primarily the use of antibiotics in food animals that increases resistance.”

In its recommendations, the CDC points out that one of the best ways to prevent the spread of resistance is to prevent infections—validating yet again that old medical adage, “an ounce of prevention is worth a pound of cure.” The CDC says that routine immunizations, safe food preparation, hand washing, and using antibiotics only when necessary and as directed can all help prevent the spread of antibiotic-resistant bacteria.

The burden isn’t only on patients and consumers, though. The CDC and other organizations recommend a broader course of principles known as “antimicrobial stewardship,” which the CDC defines as a “commitment to always use antibiotics appropriately and safely—only when they are needed to treat disease, and to administer them in the right way in every case.”

If that sounds vague, it’s due in part to a lack of federal regulatory mandates regarding stewardship and the need for flexibility in different care settings. Although many hospitals and healthcare providers have implemented antimicrobial stewardship initiatives and the CDC and other organizations provide an extensive list of stewardship guidelines, the CDC also states that the variability in size and types of U.S. hospitals means that “there is no single template for a program to optimize antibiotic prescribing.”

If there was a saving grace to the rise in antibiotic-resistant bacteria, it was that scientists thought these organisms generally had to make a trade-off in order to develop resistance—one that left them less infectious and less able to reproduce after surviving a bout of antibiotic treatment. Now, however, new research appears to be throwing a shadow on even that silver lining.

A study published in Science Translational Medicine this year tested the DNA of certain common pathogens like Pseudomonas aeruginosa and Vibrio cholerae. The results showed that not only did the antibiotic-resistant strains of these microbes not show signs of being weaker and less infectious—they actually appeared stronger, more robust, and more adept at infecting cells. According to the paper’s senior author, Dr. David Skurnik, “the acquisition of antibiotic resistance was associated with the most increased fitness in all the possible mutations in P. aeruginosa.” The study co-author and Brigham and Harvard Medical School Professor Gerald Pier summed up the findings in short: “Not only does antibiotic resistance make it more difficult to treat infections because we have fewer drugs they will respond to… but it makes the organism better able to cause infection.”

Pier suggests that the CDC’s guidelines for patients and physicians may not be enough to slow down the rise of antibiotic resistance. Antimicrobial stewardship can help reduce the appearance of new drug-resistant bacteria strains, he says, but it won’t be enough to stop the spread of the “superbugs” we’ve already bred. Pier and Skurnik are working on new treatment options that target commonalities between many strains of bacteria and neutralize their ability to cause serious infections. So far, they’ve had encouraging early results. “These results show that, yes, the problem of multi-drug resistant bacteria is more complex than we thought, but there are solutions.”

What We Can All Do

Just because the problem of antibiotic resistance may require cutting-edge medical and scientific solutions doesn’t mean the steps we take at the policy and individual levels don’t matter. In “The State of the World’s Antibiotics 2015,” the CDDEP outlines recommendations based on experience from the Global Antibiotic Resistance Partnership (GARP) for combating the problem. Among them are solutions that everyday consumers can adopt. For example, the CDDEP recommends, “eliminating economic incentives that encourage the overuse of antibiotics all along the supply chain—in hospitals, in communities, and in agriculture.”

Consumers, as the last stop in the supply chain, can help to reduce those economic incentives by choosing to avoid agricultural products, whether meat or produce, that are raised with routine doses of antibiotics. And even in the broad and comprehensive guidelines established by the CDDEP, incredibly banal solutions appear again and again; examples include adopting better hygiene, frequently washing your hands, and avoiding taking antibiotics for mild ailments like coughs, colds, and uncomplicated diarrhea.

Amidst the various reports about antibiotic resistance, one certainty emerges: our current rates of antibiotic use have gotten us into an evolutionary staring contest with bacteria, and bacteria don’t blink. If we want to ensure our ability to treat deadly day-to-day infections in the long-term, we need to begin prioritizing the solutions we have, both among institutions and at home.

About antimicrobial resistance. (2015, September 8). Centers for Disease Control and Prevention. Retrieved from https://www.cdc.gov/drugresistance/about.html